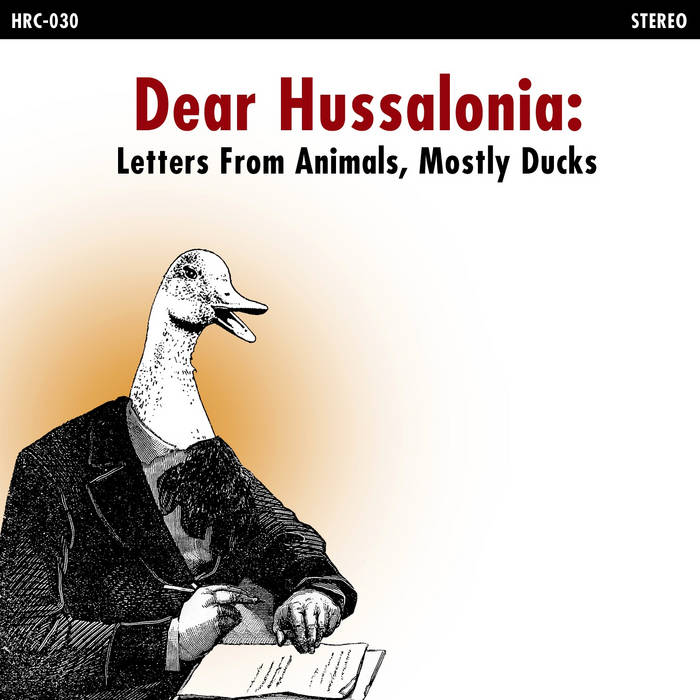 -----------------------
For Hussalonia's 30th release we bring you an album full of letters written by animals (mostly ducks). What? You say you don't care for spoken word records? Well, that's just fine! That's why we've set these letters to ten, brand new Hussalonia tracks, all exclusively recorded for this perplexing release.