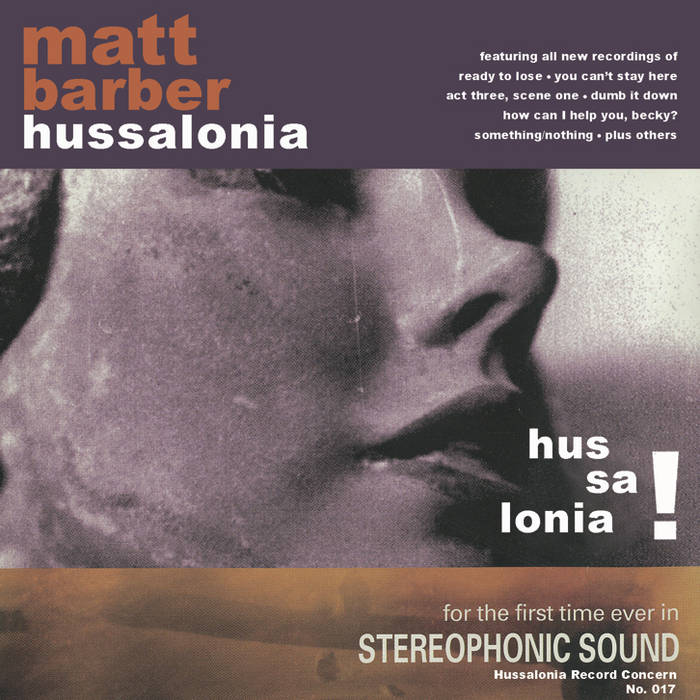 Who is Matt Barber? Matt runs a chain of bakeries in Western New York called Matt Barber Cakes (home of the Hussalonia Chip Cookie). Everyone knows what a sweet tooth the Hussalonia founder has, and so it is no surprise that through their mutual love of pop music and sugar, the two have become close friends. In addition to making fine cakes and desserts, Mr. Barber also happens to be the hardest hitting drummer in Buffalo and a strong supporter of independent music. (Barber regularly shows up at local shows with an arm full of cakes and cookies.) When the Hussalonia founder needed a drummer for these ten no-nonsense, pop noisemakers, Barber was the obvious choice. Once the two entered the studio, they bonded over their mutual love for the Replacements, Nirvana, Superchunk, Buddy Holly and vanilla frosting. The record reflects all five influences equally. Sentimental and noisy. Sweet and nihilistic. Simple and reckless. Efficient and indulgent.