Home Taping Is Killing Me 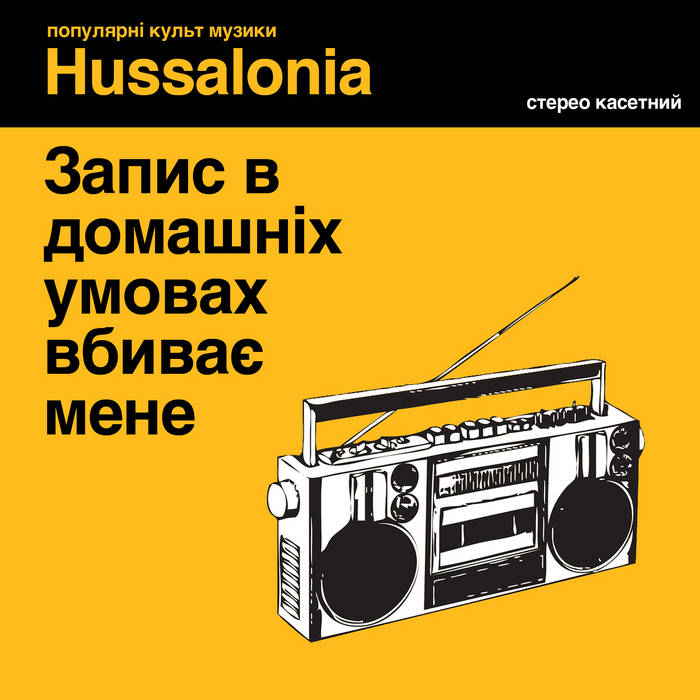 Nick There's no song on this album that's had me disappointed, a really solid album. Favorite track: Stolen Office Supplies.

wally stolen office supplies to fraudulent cranes to time will measure me is the greatest sequence of songs ive ever experienced in my life Favorite track: Time Will Measure Me.

Zachary Churchill This album made me feel emotions i didn't know could be felt Favorite track: Time Will Measure Me.

This album was previously available as a bootleg in various Eastern European markets. It is now being made available as a limited edition cassette (of 100) under license from Nefarico™. Read more about it in the cassette liner notes. Cassettes also come with a coupon for $1.00 off your next purchase of Nefarico™ washing goggles.

All songs written and performed by the Hussalonia founder, except for the guitar solo in "Assault Upon the Ears" which was performed by stunt guitarist Eric M. © 2013 (BMI).